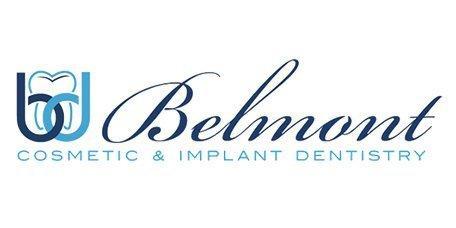 Dr. Nikpourfard has been specially trained in the diagnosis and treatment of periodontal disease. At Belmont Dentistry, he serves patients from Ashburn, VA with the latest, most effective periodontal treatments available.

Periodontics is dental specialization in the diagnosis and treatment of periodontal disease, or gum disease as it is often referred. Periodontal treatments improve the health of gums and include root planing and scaling, gum grafting, and laser gum surgery. Another treatment often performed by a periodontist is Osseous surgery, which replaces lost gum and bone tissues.

What Should I Expect in Periodontal Treatment?

Periodontal treatment improves the health of the gums by removing irritants, removing decay, and improving overall oral health. In office treatments may include tartar removal, which is also called scaling or root planning. During this process the dentist or hygienist uses special tools to scrape the build up away from the teeth both above and below the gum line. Depending on the severity of the periodontal disease, surgical treatment may be necessary. Surgical treatments include bone and soft tissue grafts, flap surgery, where the gums are lifted back and the tartar removed, and guided tissue regeneration where the regrowth of gum and bone tissue is guided with mesh-like fabric to encourage stronger tissue to form. These treatments have a reputation for being painful, but your dentist will take every action to ensure you are as comfortable as possible. Your dentist will also, always suggest to work on some behavior changes; including ensuring thorough brushing, flossing, the use of specialized toothpastes and mouthwashes, as well as behavioral changes like quitting smoking or refraining from consuming sugary drinks like soda.

What Causes a Person to Develop Gum Disease?

Poor dental hygiene is the number one reason for the development of periodontal disease. The vulnerable area where the teeth meet the gums is the perfect breeding ground for the bacteria that causes plaque and tartar to grow. If teeth are not effectively cleaned and cared for, the bacteria cause plaque to develop and if not removed it can harden into tartar. Tartar build up makes it even more difficult to keep teeth clean, and then the bacteria accumulate underneath it and begin to eat away at the gums and tooth enamel. Periodontal health can deteriorate quickly because the bacteria and the toxins released just makes the mouth more susceptible to further growth. For example, as the bacteria increases, it releases more toxins in the mouth, causing the gums recede further, exposing more tooth surface to the bacteria. Without treatment, bacteria can eventually reach the root of the tooth, which can cause the tooth to become loose or fall out.

Please contact our office if you have any questions regarding which dental insurance we accept.

Words from our patients